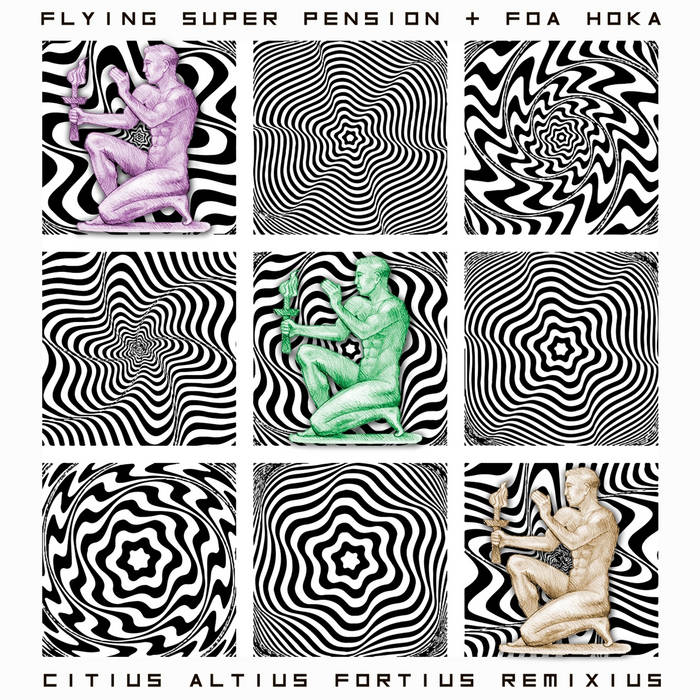 "The story of creating "Citius Altius Fortius" started during the summer 2016. After listening to Kosmischer Läufer releases I asked myself - what if I produce a kraut electro track? It was a new call for me. The original idea was to embrace the sound from the analog sources only. Once visiting Midi Free Studio in August 2016 I discovered really nice pre-recorded sequence from soviet synth in its library. I decided to take this sequence as a base for the future composition. That was the very beginning of a long way.
From September to December "Citius Altius Fortius" was being created. Taking all available analog synths and drum machines, starting from Korg MS-10 to newest Japanese boxed JMT Synth, I produced a 7-minutes long story. This is an ode to Olympic spirit, the long distance marathon with very emotional finish, that can be heard in reprise episode in the very end of the composition. A featured guest Dmytro Kurovskiy (Foa Hoka) with his vocals added the competing spirit vibe to this musical story.
It took 4 months to produce "Citius Altius Fortius". Another month I spent looking for the sound engineer who could mix and master this composition. Not the average sound engineer but the one who completely understands the nature of kraut electronics. Finally I was lucky to find Stefano Moretti from Clockbeat Studio Berlin. He clearly conveyed the ideas I pursed in to the final mix. Also I have to mention Terri Kenyon who helped me to start fundraising campaign to mix and master track professionally.
After official presentation at Hromadske Radio, "Citius Altius Fortius" gained attention from local and foreign listeners and sound producers. The received feedback was extremely positive. But the story of "Citius Altius Fortius" has not yet finished. The forthcoming release "Citius Altius Fortius Remixius" - is a new chapter, that contains original version plus 11 remixes (few from Foa Hoka family and others by our friends from Berlin, Barcelona, Kyiv, Odessa, Ternopil). I want to thank all who was involved and helped make Citius Altius Fortius happen."
Dima Silich (Flying Super Pension/Delta Shock Records)

For nearly a 2 decades we've been tracking down all that is referred to the local manifestation of ukrainian urban independent music. Independent as we consider it - free from any commitment when it comes to expressing one’s scheme - obvious absence of rational motivation for making tracks.
<<<Escape2Music>>> ... more

Bandcamp Daily  your guide to the world of Bandcamp

Benji B talks about his new compilation ‘Deviation Classics’